Celebrating 20 years together and playing their most recent album in a SOLD OUT concert during their Europe Tour 2017! 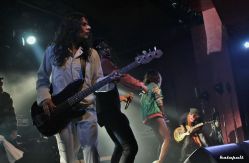 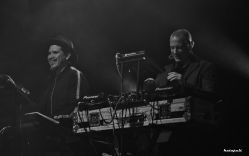 The venue? Astra Kulturhaus in Berlin-Friedrichshain. Date and Time? 24th February 8:30pm. Situation? Thievery Corporation is playing tonight at a SOLD OUT concert where the audience is in about to experience a once-in-a-lifetime music journey through different music cultures, all put together in a sophisticated way by Rob Garza and Eric Hilton.

It’s 9 o’clock and bass player Ashish Vyas welcomes the audience with some hint notes of “The Forgotten People” song accompanied with Rob Garza on guitar, both as two powerful silent frontmen. The rest of the rhythm section starts taking part of this act, step by step each and every one of them are showing why Thievery Corporation is such a solid and diverse music project. All based on Garza´s and Hilton´s heads but being impossible without the great mastery of the drums and percussion sound of Jeff Franca and Frank Orrall which are responsible for the main core sound of the band.

And then, the singers and frontwomen/men sequence starts on. The most recent attaché to the band, coming out from Kingston-Jamaica, Racquel Jones, is on stage and the band starts playing “Letter to the Editor” the single to their new album “The Temple of I & I” which came out just a couple of weeks ago and where the sound goes back to one of Thievery Corproation’s beloved sounds: the Jamaican Music.

As this album continued to make its debut in Berlin, then we started enjoying appearances from well-known Thievery Corporation collaborators such  as  Lou Lou Ghelichkhani, Natalia Clavier, Mr. Lif and Puma Ptah, which all sang perfectly combined to slight dubstep, hip-hop, reggae, dancehall and downtempo beats created for this record like “Time+Space”, “Fight to Survive” and “Babylon Falling”. 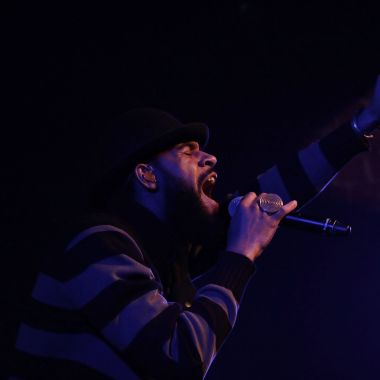 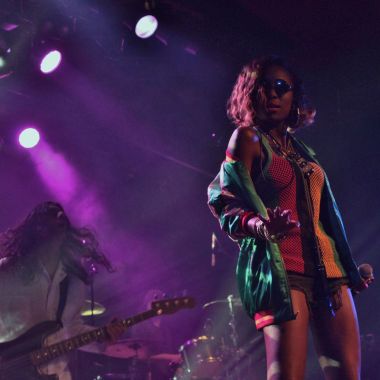 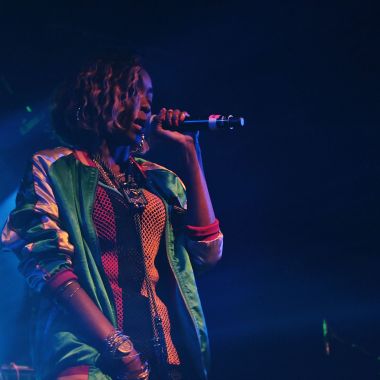 It all became a festival in one band in one concert. Guitarrist and Sitar player, Mr. Rob Myers keeps on playing with his furious and excentric style, a top-end performance showing he is playing every concert like it was his best one ever. Mr. Ashish dancing every corner of the stage to deliver his deep hypnotizing bass lines. Rob Garza and Eric Hilton at controls to create and performe real music-jewels such as “Temple of I & I”.

But it was not enough. They also went through some Thievery Corporation´s repertoire and stopped by at themes from albums like “It takes a Thief”, “Saudade”, “The Richest Man in Babylon” and “Radio Retaliation” to bring every one standing in the audience to a high level of happiness. 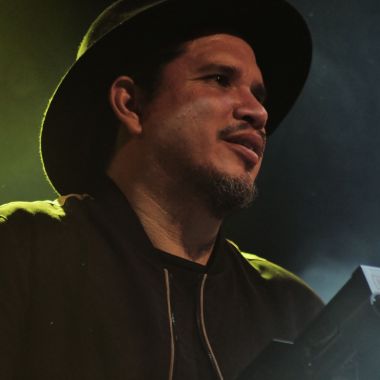 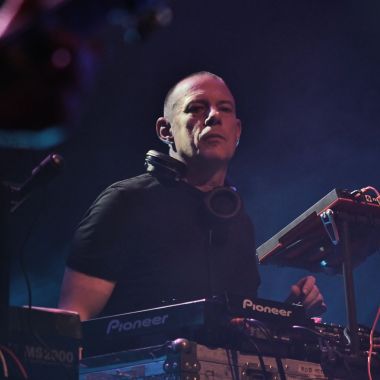 For almost two hours, Thievery Corporation gave us the opportunity to experience why they were able to stay out of the main-stream with their unique and influential style and still be able to perform all over the 5 continents bringing their full-of-diversity music.

Their new album “The Temple of I & I” is out now and they will be visiting some European cities with this show before they go back to America. Keep a track of their next shows HERE.

Thievery Corporation – “The Temple of I&I” – you have got to experience it!