Magda Giannikou, leader and main composer from Banda Magda, played a joyful and full of world-music-elements concert last night at @HuxleyNeueWelt in Berlin.

Her repertoire included songs from their third and upcoming album “Tigre”, fully charged of a cinematic atmosphere and orchestrated music, plus a magnificent tribute to one of Seu Jorge’s classics: Caroline.

Supported by SnarkyPuppy’s core music band, Magda directed the audience towards a state of happiness using nothing else than her charisma, beautiful voice and accordion. 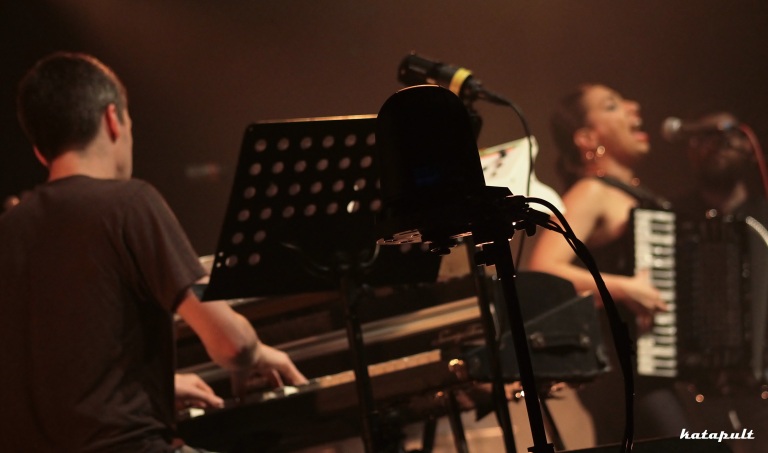 Banda Magda itself, is a “story of courage and fearlessness” that lights the world with its music 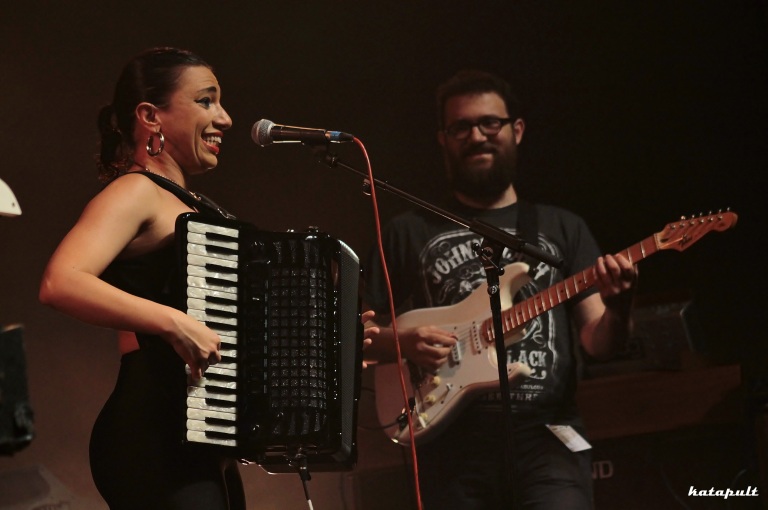 One thought on “Banda Magda and its Brightness!”